Bringing Outdoor Plants inside for Winter 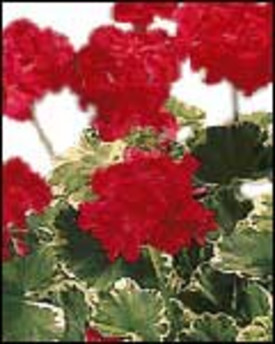 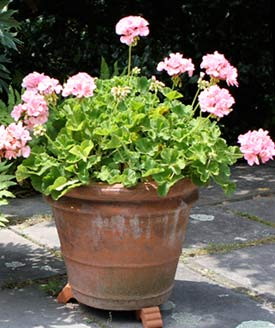 As the glorious palette of fall unfolds and fades in the northern parts of the country, can Jack Frost be far behind? And those beautiful tender summer flowers in pots which are still in their glory, can they be saved for another day? Well, some can, others aren’t worth the effort.

Take geraniums for instance. They are not hard to keep and even propagate. Geraniums are perennials in the tropics so it’s just a matter of keeping them alive during the short, dim days of winter. Some folks with green thumbs up to their elbows can keep impatiens, hibiscus, diplodenia, scaevola, and such, but usually they they have bright light or a sunny window. It may be a window in the cellar, for the stars of summer often look pretty ratty during winter.

One trick when bringing in houseplants from outside is to douse them well with insecticide before you bring them in. (It helps to put a big plastic dry cleaners bag over them, punch a couple of holes and spray through the holes to the inside.) For non-edible plants use diazinon and sevin or malathion. Wait 10 days or so and douse again to get the critters that got by the first spraying.

Herbs can be brought indoors too and harvested for many months, but the bugs that come in with them have to be controlled. For herbs and edibles, use pyrethrin and rotenone, plus soap and BT about a week later. An ounce of this prevention will keep most critters from being carried indoors. For indoor use if the bugs come back, pick safe substances, such as a soap spray or diluted mouthwash containing alcohol. BT israeliensis is for fungus gnats. Some herbs will keep going in a sunny window but often the mature leaves turn yellow and lose their flavor. One solution is to cut off the tops and dry them, fertilize and wait for new shoots to sprout on the cut back stems.

Parsley, brought indoors, will continue to produce new leaves in the center for several months, but the mature leaves turn yellow, so they should be cut off and dried. Have you checked the cost of dried parsley per pound these days? I still have a basil from last summer, kept last winter under a 24 hour fluorescent light, but in truth, it’s more a conversation piece than a decent looking plant with usable leaves. One fall, I actually brought in some Black Seeded Simpson lettuce plants and they continued to grow taller and taller while I regularly harvested the new lower leaves for salad. It continued until February, but, truthfully, it wasn’t worth the effort.

Chives are best dug and potted after the first frost. I’ve tried it several ways and had best luck by cutting and freezing the green tops, and fertilizing. The bulbs then sprout like thin grass which can be cut again and again until they just peter out.

More Difficult Plants: After reading my thick file on caring for plants indoors plus excellent printouts from the National Botanic Garden Conservatory, I almost drowned from information overload. So for more succinct advice, I called a friend whose houseplants are truly envious. Her sunroom has thick 12 year old pothos vines hanging from the ceiling making it feel like a leafy jungle bower and the potted flowers on her deck looked better than most nurseries. I asked how she does it.

Fertilizer and pinching was the answer. (The pothos gets 10-15-10 with Magnesium, Zinc and Iron, but only in summer.) She shared overwintering secrets as well. Her hibiscus (which is fertilized in summer with a 10-60-10 also with Mg, Zn and Fe) gets moved to a sunny cellar window for the winter after a modest pruning back. It’s watered once a week but not fertilized in winter. The gardenia goes into a warmer room with a sunny window. ( In summer it’s fertilized with Miracid gardenia fertilizer with Boron, Copper, Molybdenum, Zinc and Iron)

She tried to overwinter impatiens but they didn’t look very good and weren’t worth it. (Neither were mine the few years I tried it.) But she has kept her favorite geraniums going for years. She cuts them back to 2 inches, and puts them in the cellar window until spring.

There are as many ways to do it as there are gardeners. A Vermont friend whose green thumb goes up to the elbow puts her geraniums in a bright cellar window too. However, she doesn’t prune them back hard unless the leaves turn yellow and fall off. She feels that geraniums don’t like being dug up and having their roots disturbed, so she keeps them in pots all summer, then just brings those inside. By spring they have sprouted anew and flowers form, especially if geranium or tomato fertilizer is given to encourage buds.

In Vermont, where still they hew to frugal ways, my friend makes cuttings of geraniums and impatiens by dipping pruned off shoots in rooting compound and sticking them in water in a jar or glass. Not very scientific, but it works. Sometimes it takes 2 weeks, sometimes 2 months, sometimes it doesn’t work at all. But, considering its simplicity, the percentage of success isn’t too bad. Depends to some degree on the variety. The old fashioned ones do best.