How to Replace a Lockset and Door Knob

Difficulty: 2 of 5
It’s easy to replace an old, scratched door handle and lockset with a new model that is sized and handed to match your current lockset.
Buy the correct handle for your door by checking the position of the handle as you open the door toward you. As it opens toward you, a right-handed lockset will be on the right and a left-handed set will be on the left. 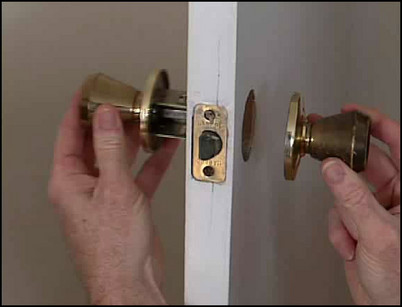 First loosen the screws on the knob face of the lockset. Once the screws on each side are removed, the entire assembly will come out. On the edge of the door, remove the screws that hold the dead latch. Be careful as you remove it to notice which way it faces as it goes in.
Undo the screws and remove the entire lockset assembly. 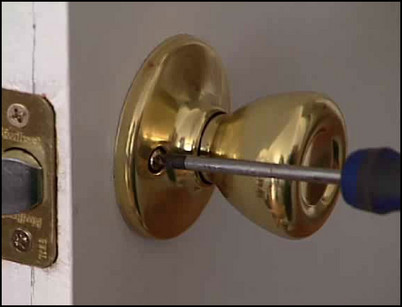 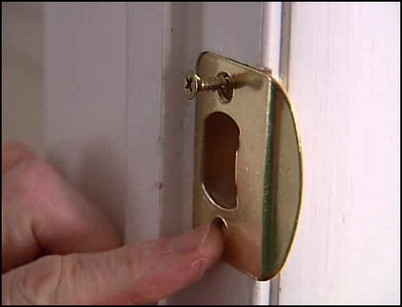